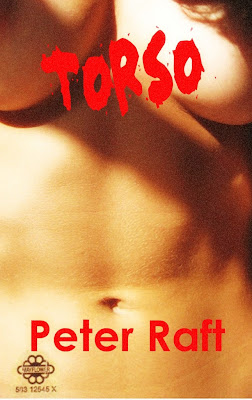 Declan Aherne was trained to torture and kill in a dirty war. Once the government had no more need for him, they turned him loose on the streets. But he liked his job - and wanted to continue.

The only person who can stop Aherne is his old army buddy Kit Branigan, now a New York cop. When the bodies start turning up in his city, with the tell-tale marks on the torso, Branigan knows who’s behind it all.

When Jill Jones, Branigan’s partner, goes missing and he starts to receive mysterious phone calls and messages, the race is on.

Publishers Weekly, in their review, called it "a scary mixture of Lucio Fulci and Ed McBain's '87th Precinct' series". Peter Raft, apparently, was thrilled at that.
at 01:38