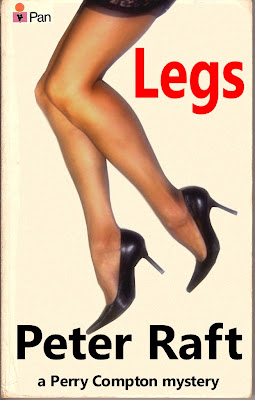 Perry Compton agrees to do a friend a favour and look after his beach-front house. Good timing, as it’s being rented out by Si Deed, a photographer who likes to dabble in the sleazy side of life.

Astra Garland is now a model, though she was once one of the sweethearts of American cinema. Drink and drugs have worn away that gloss, but her legs are still worth a fortune and she’s having them photographed by Si Deed.

The first attack on her is foiled by Compton but, a day later, her car is run off the road. It obvious that someone wants to get Astra “Legs” Garland out of the way - it’s up to Perry Compton to make sure that doesn’t happen.